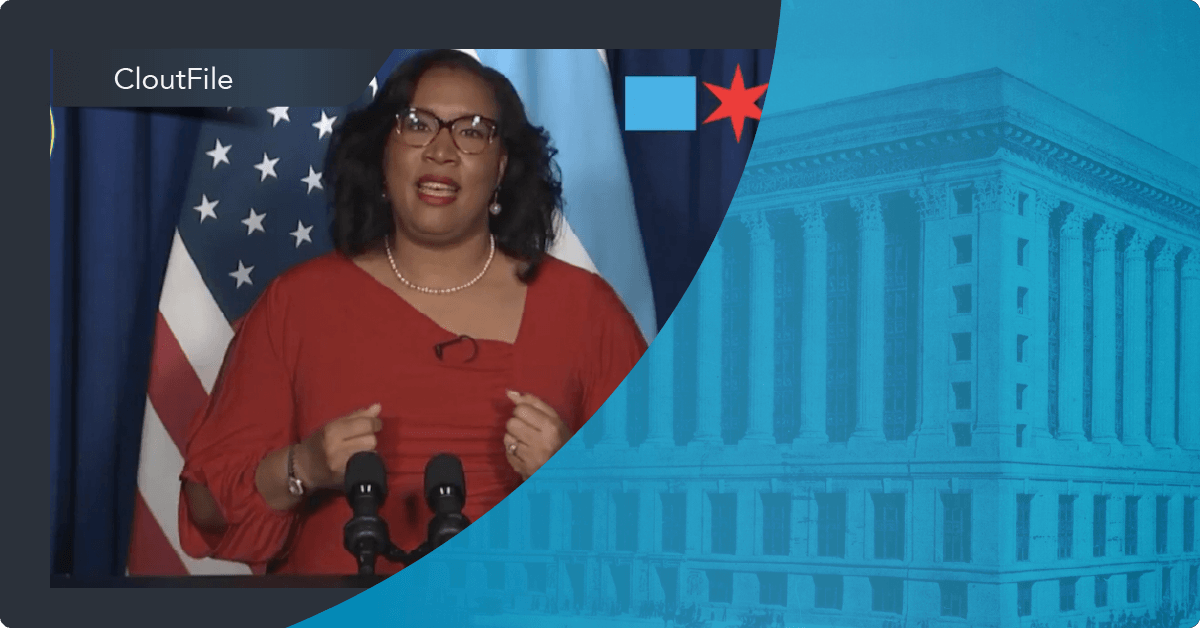 A Chicago native and and graduate of Chicago Public Schools, Melissa Conyears was the first person in her family to attend college when she ventured downstate to study finance at Eastern Illinois University.

She was working as an executive for the Garfield Park-based nonprofit Breakthrough Urban Ministries in 2016, when she mounted a campaign to fill the West Side state house seat left open by retiring Rep. Pamela Reaves Harris. She ran unopposed in the Democratic primary for the seat and easily won reelection two years later after knocking her only challenger, Annette Britton, off the ballot via a signature challenge.

Conyears-Ervin mostly kept a low profile in the statehouse but focused heavily on childcare and education issues, including by sponsoring the Evidence-Based School Funding Formula bill that brought hundreds of millions of additional dollars to Chicago Public Schools after it was signed in 2017.

In 2018, Conyears-Ervin announced she would run for the open seat to replace retiring Chicago Treasurer Kurt Summers. She faced a mighty opponent in outgoing Ald. Ameya Pawar (47), who ran an ambitious progressive campaign centered on establishing a city-run bank and allowing Chicagoans to become shareholders in the city’s water system. But Conyears-Ervin ran on a more traditional platform, vowing to maximize the city’s investment returns and expand financial opportunities to unbanked city residents.

Despite her less splashy campaign, Conyears-Ervin built up a sizable campaign war chest and with the backing of West Side political leaders and a long list of trade unions like LiUNA, Teamsters, IBEW and the Cook County College Teachers Union. She beat expectations in her runoff race against Pawar, prevailing with a decisive 59 percent of the vote.

Upon taking office alongside new Mayor Lori Lightfoot, Conyears-Ervin immediately trained a sharp focus on financial literacy programming with her new “Money Mondays with Melissa” and “Dollars and Sen$e” seminars.

The Treasurer’s office faced intense pressure to crack down on the banks where city funds are invested after WBEZ and City Bureau revealed in its bombshell 2020 “Where Banks Don’t Lend” investigation that major banks like Chase and Bank of America concentrate the overwhelming majority of their loans in majority-white neighborhoods.

Some aldermen called on Conyears-Ervin to divest the city’s nearly $9 billion in investment assets from banks that have avoided lending in majority-Black neighborhoods. But she pushed back, arguing mega-banks like Chase and Bank of America are too deeply rooted in the city’s network of depositories to ditch wholesale. Instead, she spearheaded an ordinance expanding the city’s investment pool to include smaller lenders, which she said have more equitable track records. She also joined Illinois Treasurer Michael Frerichs to convene the Equity in Banking Commission, a volunteer group of banking institutions, to nudge firms toward more equitable policies — but the commission has so far failed to yield any hard commitments.

Conyears-Ervin promised after taking office in 2019 to kick-start the Chicago Community Catalyst Fund, a $100 million small business investment fund that sat dormant for two years after Summers launched it. She got to work pushing Lightfoot to populate the fund’s seven-member board. And the program finally kicked into action in April 2020, when Lightfoot tapped $50 million from the Catalyst Fund to feed the $100 million Small Business Resiliency Fund. Conyears-Ervin celebrated the fund as a success, saying it had provided grants to hundreds of mostly South and West Side businesses — but she guarded details on how much money had gone out the door. Finally, in an October 2021 budget hearing, the Treasurer acknowledged that only about $20 million from the fund had actually made it to businesses, and the rest was caught up in Community Development Financial Institutions. She blamed bottlenecks baked into the city ordinance that launched the Catalyst Fund, saying she wanted to amend the ordinance to allow more “direct investing.”

Conyears-Ervin clashed with Lightfoot in 2019, protesting the mayor’s decision to strip her of a taxpayer-funded security detail. And the treasurer found herself on the defensive again in 2020, when she fired her chief of staff Tiffany Harper and three other staffers in a move Harper called retaliatory for their refusal to participate in “illegal and unethical conduct.” Conyears-Ervin denied the allegation, but a year later city attorneys agreed to pay $100,000 to settle Harper’s ethical complaint.

Conyears-Ervin got her hyphenated name when she married Ald. Jason Ervin (28) in 2012 — the year after Ervin was appointed by Mayor Richard M. Daley to the aldermanic seat vacated by Ald. Ed Smith. The couple lives in East Garfield Park. Their daughter Jeneva was born in 2016.

The Daily Line's Cloutfiles are meant to be a living profile and updated as important and meaningful developments happen.  If we have missed something, mis-characterized a fact or simply need to add something new please leave a comment below or send us a note at [email protected]

We hope that you will consider using the prompts below to share this profile.

If you have found this helpful and would like to support the development of additional profiles please consider supporting our efforts by making a contribution here.