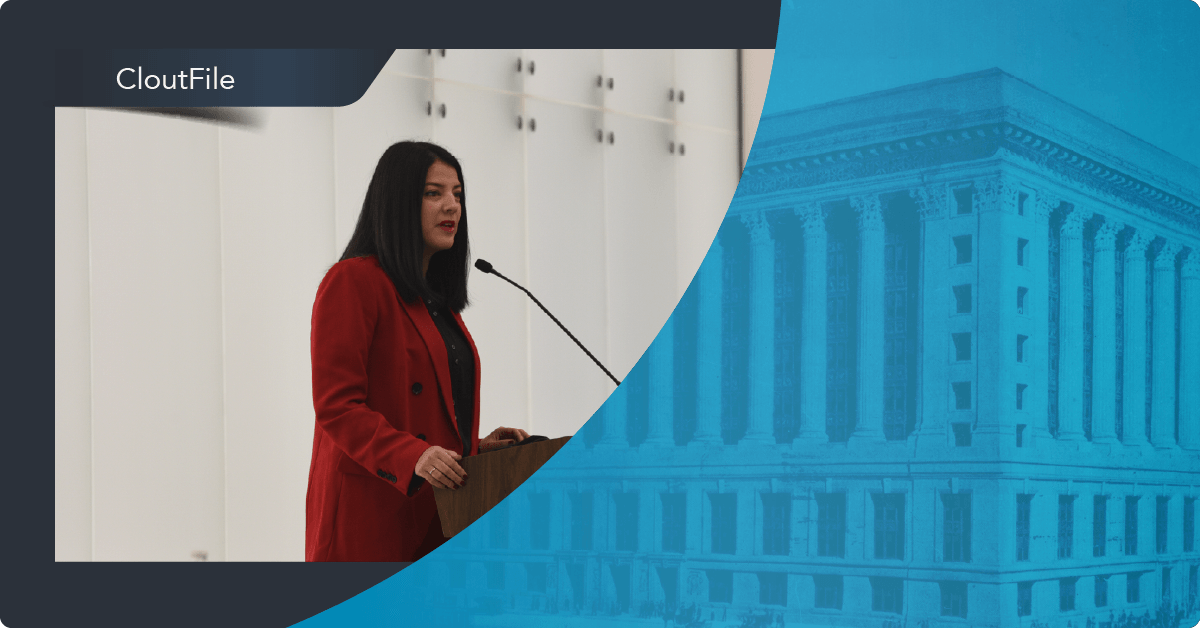 Valencia completed the remaining two years of Mendoza’s term, who was elected the Illinois State Comptroller in 2016. Valencia handily won re-election in 2019 after her two opponents were kicked off the ballot just weeks before the election.

A native of Granite City, Illinois, and having never held political office, Valencia’s selection to replace Mendoza was considered a surprise by many.

Five aldermen on the Latino Caucus were vying for the position as well and sent a letter to Emanuel in November 2016 requesting he select one of them for the position. Those aldermen included former Ald. Joe Moreno (1), Ald. George Cardenas (12), Ald. Raymond Lopez (15), former Ald. Daniel Solis (25), and Ald. Ariel Reboyras (30).

Like the City Treasurer post, the City Clerk is a city-wide, elected four-year position. Shortly after her appointment, Valencia created a campaign website and filed paperwork with the Illinois Board of Elections establishing her personal campaign fund, “Friends for Anna Valencia.”

With a budget of $11.9 million for 2022, the City Clerk is in charge of maintaining all official documents and records for the city — from City Council legislation to more than one million license and parking sticker applications per year. Valencia was also immediately tasked with designing and implementing a new Municipal ID program for undocumented residents.

In her first year as City Clerk, the 2017 budget included a $1 million appropriation to get the program off the ground. The first 100,000 City Key cards were offered for free, and cards beyond that cost $5 for minors and $10 for adults.

Valencia also spearheaded the “Fines, Fees, & Access Collaborative” with the goal of bringing reform to how debt, fines and fees affect Chicago’s working families. The City Clerk is currently listed as a member of the City Council Latino Caucus, and has advocated for technology upgrades to how her office handles legislative proposals and vote counts during City Council meetings.

Valencia worked on and off for Emanuel leading up to her appointment as City Clerk, starting as a field organizer during his first campaign in 2011, and later working as an assistant to the mayor under the Office of Legislative Counsel and Government Affairs, which plays a vital role in pushing the mayor’s agenda through the City Council. During her time in the office, Valencia focused her efforts on education initiatives and infrastructure projects. In 2013, Elle Magazine featured Valencia clad in designer dresses at City Hall for a photo spread on “The Politics of Power Dressing.”

Valencia got her start working in politics in 2008 when she served as a field director for U.S. Rep. Mike Quigley. She also served as a communications staffer for then-Illinois Senate President John Cullerton and as a deputy director for the Illinois State Democratic Victory Fund. Additionally, Valencia worked as a campaign manager for U.S. Sen. Dick Durbin’s re-election bid in 2014.

Valencia grew up in Southern Illinois and was raised by a union painter and a teacher's assistant.

In June 2021, Valencia officially announced she was running for the statewide Secretary of State seat, hoping to replace the long-serving Jesse White who is retiring from his post. Valencia is running against other Chicago elected officials including Ald. Pat Dowell (3) and Ald. David Moore (17).  Also in the mix to become Illinois’ next Secretary of State is former state Treasurer Alexi Giannoulias.

An email obtained under the Freedom of Information Act by the Tribune in May showed a tense relationship between Valencia and Lightfoot after Valencia wrote the mayor “poached” one of her “best team members” a couple of weeks into Valencia’s maternity leave. In her email to Lightfoot, Valencia also detailed her office’s contributions in helping the mayor fulfill campaign promises and advance city fines and fees reforms. Lightfoot’s terse response to Valencia referred to the clerk’s email as “profoundly disappointing” and an “unhinged screed.”